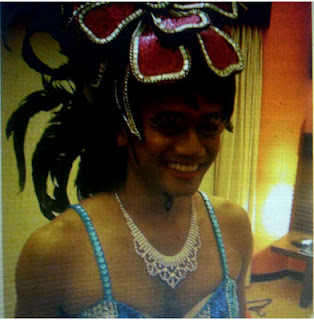 Claiming AirAsia advertisements to be cheaper than hair and herbal products, Utusan Malaysia’s Awang Selamat has told the Umno-owned paper to stop taking the airline’s ads until its sister company’s chief executive apologises for criticising the broadsheet’s racist piece.


In its Mingguan Malaysia weekend edition today, columnist Awang Selamat — the nom-de-plume for the paper’s collective editorial voice — said AirAsia should be thankful that the Malay paper had never written or criticised the budget airline with any negative articles.

“Awang would like to suggest that the Utusan Group not accept any AirAsia ad as long as there is no apology. Let the company’s advertisement go to another paper, but not Utusan.

“Without AirAsia, Awang Selamat will not have any problem. Furthermore, the value of the advertisment given is very small, lower than advertisements for herbal and hair treatments,” it said.

The columnist also compared Asia’s biggest budget flier to Malaysia Airlines (MAS), and described the national carrier as having better service and a strong nationalist spirit.

“To those who serve we are polite, especially the Malaysian airline whose service is better and thick with nationalism,” it said.

In response, the paper had published daily views from Perkasa leaders, the Muslim Consumers Society of Malaysia and pro-Umno activists who slammed Azran, branding him “arrogant” and a Malay who had  forgotten his roots.

Perkasa’s acting president Datuk Abdul Rahman Bakar who had rallied to the paper’s defence blasted Azran, saying the latter could not have climbed up to his present position without the “Malay power fought for by Utusan Malaysia”.

“Has Azran never thought also that the licence issued by the government to AirAsia is because at first the airline was owned by Malays?” Abdul Rahman was quoted as saying in one such report.