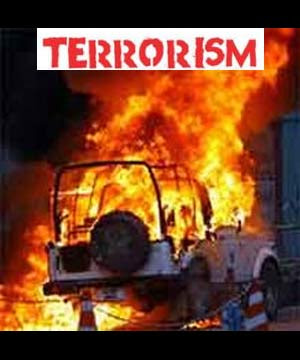 Prime Minister Datuk Seri Najib Tun Razak said militancy and extremism that lead to mass murder in the name of religion is forbidden.

"Even in war, we are not allowed to kill ordinary people let alone take our own life and the life of innocent people.

"Such acts will have an adverse impact not only on the family but Islam itself," he said when presenting aid to senior citizens and single mothers at Masjid Al-Muhajir, Batu 8, Lepar near here Saturday.

Najib said Islam always encourages its followers to be moderate in all aspects of life.

Muslims in this country should be grateful for being able to live in peace with a government capable of bringing about comprehensive change.

Without peace and stability, it was impossible for the government to bring development and guarantee freedom of worship as is practised during Ramadan.

The country's peace and stability allow the government to chart growth which is the highest in the region.

Najib said the moderation practised by Malaysia won compliments of other Muslim countries including Saudi Arabia, which often praised our haj pilgrims as among the best.

"Our compliance with laws and regulations and mutual respect reflect our understanding of the Islamic religion. This way, more people will respect us."

Muslims in this country have been urged not to be involved in militancy and extremism as it will only tarnish the image of Islam.
Posted by tunku at 2:32:00 AM