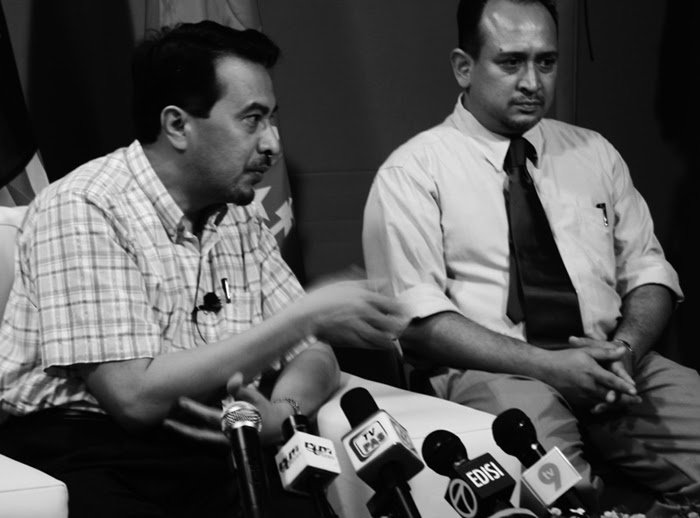 tunku : we can understand if the pas government needs public contribution for building mosque but bridges is the responsibility of the state government. it is under basic amenities that should be provided by the government.husam failed to answer type of development projects implemented by the state government when asked by a fellow pas assemblyman. he should resign. i wonder why they can tolerate this type of leaders in pakatan but can't tolerate it if it was a BN leader.pakatan leaders are full of jokers,actors,cheaters etc, you name it, they have it all but the public can tolerate them. open your eyes people and see the facts.
Posted by tunku at 12:00:00 AM