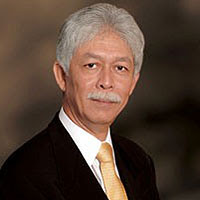 KUALA LUMPUR: Former Petroliam Nasional Bhd (Petronas) chieftain Tan Sri Mohd Hassan Marican has been appointed a non-executive director of Singapore-listed SembCorp Industries Ltd.
In a statement to the Singapore Stock Exchange yesterday, SembCorp Industries said that Hassan would come on board starting today.
SembCorp Industries, which is controlled by the Singapore government’s investment arm Temasek Holdings, has its mainstay the provision of energy and water solutions and is also active in marine and offshore engineering.
Considering his background Hassan should have little difficulty fitting right into the company.
Hassan, 57, had served as the president and CEO of national oil company Petronas for 15 years from February 1995 to February 2010. He first joined Petronas in 1989 as senior vice-president of finance.
During his tenure at the helm of Petronas, he also held chairmanship and directorship positions with several other firms and organisations under the Petronas banner, such as national carrier MISC Bhd, national automaker Perusahaan Otomobil Nasional Bhd (since renamed Proton Holdings Bhd), and Petronas Dagangan Bhd.
He also had stints in Premier Oil plc, Bank Negara Malaysia, and Malaysia-Thailand Joint Authority, and is currently a director for the International Centre for Leadership in Finance, and Sarawak Energy Bhd.
Other positions he holds include energy governor for the World Economic Forum (WEF) as well as a member of the WEF’s International Business Council and Council of 100 Leaders. He is also a member of the Commonwealth Business Council.
After his tenure at Petronas ended, Hassan who is a qualified accountant, was said to have been offered the position of special adviser to Prime Minister Datuk Seri Najib Razak on gas and energy issues. This appointment, however, never took place for reasons unknown.

tunku : a brilliant person serving other country,yet another brain drain.the government should have tied him down as his experience is vital for the country's oil and gas industry.what a waste.
Posted by tunku at 10:31:00 AM

Better to replace the Fox at SD...

surely there's some problems like petronas not sponsoring lotus in the f1. whatever it is, we lost someone valuable in business assest human capital.

totally agreed with you. it seems like a trend for Malaysia to let go talented person and appoint unknown talent into the big chair.

As if there's lack of big company linked to government to welcome his big shoe.

Congratulation to Tan Sri Hassan Merican. It is payback time, to do justice to yourself and famliy. Doing job for national interest is done and over.... please keep moving ahead and may Allah bless you.

Kamu tidor on the job ke?

You shuold also celeberate the success of the Chief Minister of Sarawak. He is apparently the most feared investor in Canada. Ramalx

ramalx,
i am proud of him if he is the most famous/feared investor in canada.

dont be envious if the malays are making their way to the top especially when they have proven capable!

congrats to cm of s'wak, too.

malays should go forward & be more credible. no matter what others say we are the ones who determine our own future...if our co-citizens can be so proud of their clans, why not us?!

We must be careful because pride goes before a fall.Ramlax