Kedah govt to discuss with entertainment operators on ban 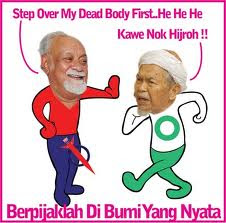 ALOR SETAR: The Kedah government will hold a meeting with operators of entertainment centres in the state to find the best mechanism to resolve the issue that they close operation during the fasting month.
Mentri Besar Datuk Seri Azizan Abdul Razak said the decision was made following his meeting with representatives from the Kedah Chinese Assembly Hall Saturday.
"The meeting will either be held tomorrow or the following day and instruction has als been given to the State Secretary to resolve the matter.
"Possibly, they may be allowed to operate as usual, but certain conditions will be imposed, like imposing a ban on Muslims from entering the entertainment centres," he told reporters after receiving a memorandum from the Entertainment Operators Coordinating Committee in Mentaloon.
Meanwhile, Kedah Chinese Assembly Hall president Datuk Cheng Lai Hock thanked the state government for agreeing to discuss the matter for the sake of more than 6,000 workers who would be laid off if the entertainment centres were not allowed to operate during Ramadan.
"We have submitted a memorandum containing an appeal for the operators of the entertainment outlets to continue to operate during Ramadan and they (operators) have agreed to accept whatever conditions set by the state government, including to bar Muslims from entering," he added.

tunku : end of the day, pas will bow down to dap's instruction like always. pas has no say anymore even in the state they rules.
Posted by tunku at 1:24:00 AM

Or PAS can pay for the salary of the 6,000 employees of those 'entertainment outlets' for that month throughout the state. After all PAS is for ALL.

how to check if they are muslims or not?

Moslems should be banned all year round cos it is haram for them. Why only during Ramadan?