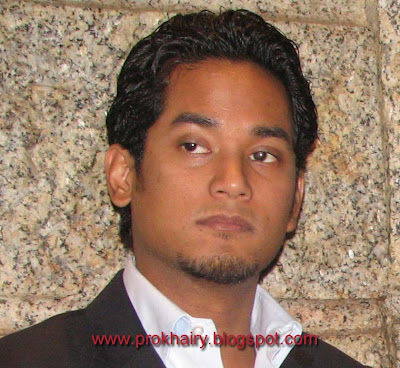 No cabinet reshuffle the end of the year: Najib

SEREMBAN: Prime Minister Datuk Seri Najib Tun Razak has denied rumours that there would be another Cabinet reshuffle at the year end. He said the current Cabinet was still new and formed only seven months ago when he became prime minister.
"If there are too frequent Cabinet reshuffles, it will affect the work being carried out by the ministers, hence impacting the smooth running of the government administration."
Najib said this to reporters after presenting prizes to the winners of a badminton competition in conjunction with the annual programme of wives of elected Barisan Nasional elected representatives, here, Saturday.
"I've not thought about it...a Cabinet reshuffle can be done anytime but at the moment we don't need to as the present Cabinet is still new," he said. Najib, however, indicated that there might be a slight reshuffle involving deputy ministers.
"There are some matters at the deputy ministerial level that I need to look at in detail," he said.
He did not elaborate on this but his Cabinet lost one deputy minister when Deputy Tourism Minister Datuk Seri Sulaiman Abdul Rahman Abdul Taib resigned from the post Friday.

tunku : kj is having meeting with all the ketua pemuda at janda baik.it is called seminar but actually the so called seminar is to make sure that all the ketua pemuda pressure Najib to appoint kj at least as a deputy minister. Najib too has said that there might be a slight reshuffle involving deputy ministers especially now that sulaiman taib is resigning. we hope Najib will not make the big mistake here. kj not only should not be appointed as deputy minister but should be forced to resign from his ketua pemuda post. pemuda under him has not shown any improvement that is much needed.let razali take over as ketua pemuda.
Posted by tunku at 12:49:00 AM

Agreed Tunku! The new SPRM head os not FIL crony anymore, so old the baclog need to be cleared asap....if you understand what i mean Tunku..

If Najib fumbles (again !) when the oppositions are sending a lot of "bola tanggung to be smashed easily by BN", then UMNO has itself to be blamed when the Malays shy away again.

If Najib does not take effort to 'heal' the KJ's cancer (but instead allows it to grow ??!!%%$), then majority of us will be at lost again as to which party to vote in PRU. Certainly not the party whose President seems to have affections for "the budak tingkat 4" and "KJ"

DS Najib must never make the mistake of appointing KJ to any ministerial post! See right now he has got all the Ketua Pemudas in one place and is promising them lucrative govt projects when he is appointed a minister or an assistant minister in the near future. Promising them these goodies to the gullible Pemuda that made him win The Ketua Pemuda post in the first place.
DS Najib should find ways to sack him from the post of Ketua Pemuda. Also should be sacked are the State Ketua Pemudas aligned to him. Then only UMNO could be cleansed in one aspect. PRU13 is so near so please don't hesitate!

If Najib pulls KJ into his cabinet than Bala's SD must be true.

He should show proof of what he has done ever since becoming SIL.

And he should be made to propose a 10 year plan of what must be done as ketua pemuda.

Also list how many turun padang has he completed to talk to the people about what their needs are.

Has he any plans to tackle the mat rempits, the boh sia girls, the drug addicts, the lepak habits of youngsters.

Only then can he aim to be a deputy minister, better still uncover solid evidence of money politics, then remove him totally from UMNO.

What has mukhriz achieved that he should be made a deputy minister? NOTHING! ZERO
KJ's star is starting to shine. Your star is fading and soon your group will be kissing the ring once again

anon 4.24pm,
what a donkey you are, people talking about kj and you involving mukhriz name in it. well a donkey can be monkey's(kj)best friend by letting the monkey rides the donkey.
MONKEY
DONKEY

1. Anon 5.22pm, I support your comments 100%. Anon 4.24 is either a monkey or a donkey. I am most amazed and very much perplexed when he dares to say that his boss's star is starting to shine again.

2. In the first place who says his boss is a star ; who in their right senses would ever accept him as a beacon much less a star ? Perhaps in the previous administration, he would be revered, but NOT because of his credibility but rather as the SIL of the country's leader. Now he's just a KP, a position he won through dubious and questionable means. Again in the first place, he wasn't even fit to contest that post. He had to thank the disciplinary board for siding him then !

3. If we hold dear to this statement that we should love the party more than oneself or one's interest, then it would be prudent and wise for the PM to have this in mind when and if he is considering 'that unsavioury character' to be in the cabinet.

4. The PM should listen to the party members and to the population at large and see whether appointing a 'liabilty' is a wise move.

5. The acid test for a political party is to win an election. UMNO would not be served well if appointing a disgraced character to the Cabinet is one of the causes of its failure in any election.

6. Getting the combined voices of all state KPs to pressure the PM to do their bidding is no assurance of a majority voice of all UMNO youths in the country. They who are all 'the King's men' appointed naturally by 'the King' himself would draw flak should they decide not to concur with the rest of the bought-overs !So forget their demand coz it's not the voice of the majority , not what all the youths want !

7. The general feeling, should there be a Cabinet reshuffle, is that no unsavioury and questionable characters be appointed to the Cabinet, be they from the present group or the new wannabes ! Winning election is about perception and public confidence. And not to be side-lined, the party's support must be taken into serious consideration!