Nik Aziz Denies He Has Cancer, But Admits Having Blocked Artery 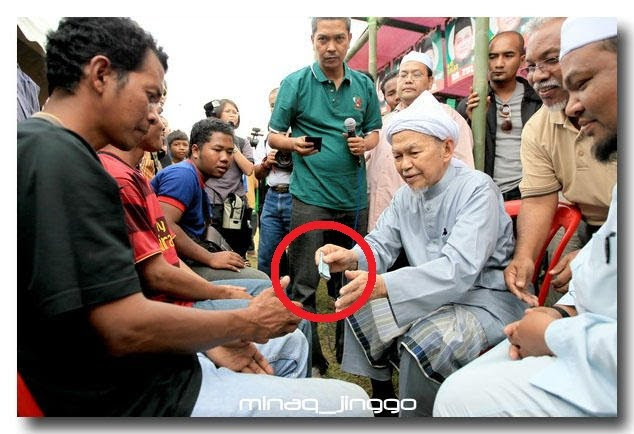 KOTA BAHARU, Aug 3 (Bernama) -- Kelantan Menteri Besar Datuk Nik Abdul Aziz Nik Mat has denied that he has cancer as reported by a news portal, but admitted to having a blocked heart artery which restricts his daily activities.
"The claim is not true....it's nonsense. I only have a blocked artery.
"During my last visit to the hospital recently, I asked the doctor whether during this durian season my cholesterol level was high, and I was surprised that it wasn't," he said when met by reporters at his office, here, today.
The news portal, www.kelatekito.net, reported that Nik Aziz's health condition had become increasingly serious as he was suffering from a type of cancer.
It said Nik Aziz's health problem was confirmed by specialists who examined him when he was warded at Universiti Sains Malaysia Hospital for a few days before the Kelantan PAS gathering to discuss the general election.
The news portal also claimed that Nik Aziz's cancer was difficult to control as he also had a heart problem and diabetes.
Asked about Bayan Baru member of parliament Datuk Seri Zahrain Mohd Hashim challenging him to make an open denial on his meeting with Tengku Razaleigh Hamzah where he offered the Gua Musang MP to replace Datuk Seri Anwar Ibrahim as Opposition Leader, Nik Aziz declined to comment but called Zahrain garbage.
"He (Zahrain) doesn't know me, (and) I don't know him. A person like him who jumped (party) is like garbage," the PAS leader said.

tunku : what a wisdom words during ramadhan from a person called "tok guru" by his supporters.he called another muslim as garbage.what a good example from a man having a blocked artery.

In most cases, blocked arteries give rise to Erectile Dysfunction (ED).

Many problems arise due to ED, esp on the psychological side of men's behaviour,amongst some, depression, anxiety, frustration, low self esteem.

TGNA should see a psychiatrist ASAP!

then why are asking ku li to be the opposition leader?

then why didn't you said this when sept 16 was underway?

and why didn't you say so when 1 adun perak jumped to PR?

when zaid ibrahim join pkr, he welcomes him with open arms and hug.why he did not say it to zaid a garbage leader who jumps party? "tok guru", sudahlah....jgn terlalu hipokrit.