The Family in Ramadan 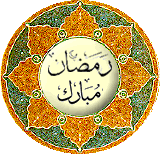 Praise be to Allah.
It is one of the blessings of Allah to the Muslim that He enables him to fast in Ramadaan and to spend its nights in prayer. It is a month in which good deeds are multiplied and people are raised in status, when Allah frees some people from the Fire. So the Muslim should strive to make the most of this month and the goodness it brings; he should hasten to spend his life in worship. How many people have been deprived of this month because of sickness, death or misguidance.
The Muslim must make the most of his time during this month; he has an unavoidable duty towards his children, to raise them well and bring them up properly, to urge them to do all kinds of goodness and make them get used to that – because the child will grow up in the manner to which his parents makes him get accustomed.
During these blessed days, the father and mother have a role to play in making the most of this time, and we can offer parents the following advice:

1 – Checking on the children’s fasting and encouraging those who fall short in this regard.

3 – Teaching them the etiquette and rulings on eating, such as eating with the right hand from what is directly in front of them; reminding them that extravagance is haraam and is harmful to the body.

4 – Not letting them spend too long on eating iftaar so that they miss praying Maghrib in congregation.

7 – Helping the mother to prepare the food, and to clean up and keep the food fit for eating.

8 – Reminding them to pray qiyaam (taraweeh) and to prepare for it by not eating too much and to get ready in time to perform the prayer in the mosque.

9 – With regard to suhoor, the parents should remind the family of the barakah (blessing) of suhoor and that it gives a person the strength to fast.

11 – Paying attention to praying Fajr on time in congregation in the mosque, for those who are required to do so. We have seen many people who wake up at the end of the night to eat, then they go back to bed and neglect Fajr prayer.

12 – It was the practice of the Prophet (peace and blessings of Allah be upon him) in the last ten days of Ramadaan to stay up at night and wake his family. This indicates that the family should pay attention to making the most of this blessed time in doing things that are pleasing to Allah, may He be glorified and exalted. So the husband should wake his wife and children to do that which will bring them closer to their Lord.

13 – There may be small children in the house who need to be encouraged to fast, so the father should urge them to get up for suhoor, and encourage them to fast by praising them and giving a reward to the one who fasts the whole month or half of it, and so on.
It was narrated that al-Rubayyi’ bint Mu’awwidh said: On the morning of ‘Ashoora’ the Prophet (peace and blessings of Allah be upon him) sent word to the villages of the Ansaar saying, “Whoever started out not fasting, let him not eat for the rest of the day, and whoever started the day fasting, let him fast.” She said: We used to fast and make our children fast, [and take them to the mosques] and make toys for them out of wool, then if one of them cried for food we would give him that toy until iftaar.
Narrated by al-Bukhaari, 1859; Muslim, 1136 – the words in square brackets were narrated by Muslim.
Al-Nawawi said:
This hadeeth shows that we should train children to do acts of worship and get them used to that, but they are not accountable. Al-Qaadi said: It was narrated from ‘Urwah that when they are able to fast it becomes obligatory upon them. This is a mistake which is disproven by the saheeh hadeeth, “The Pen is lifted from three: from the child until he reaches adolescence…” And Allah knows best.
Sharh Muslim, 8/14

14 – If possible, the father and mother should take the family for ‘Umrah in Ramadaan, and that is something that will benefit them in the Hereafter, themselves and their family, for ‘Umrah during Ramadaan has the same reward as Hajj. It is better to go at the beginning of Ramadaan so as to avoid the crowds.

15 – The husband should not overburden his wife with more than she can bear of having to prepare food and sweets. Many people take this month to prepare fancy foods and drinks, and they go extremes in that. This detracts from the sweetness of this month and goes against the reason for fasting, which is to attain piety.

16 – The month of Ramadaan is the month of the Qur’aan, so we suggest that each family gets together to read Qur’aan. The father should teach his family to recite Qur’aan and help them to understand the meanings of the verses. In the same gathering they may also read a book about the rulings and etiquette of fasting. Allah has enabled many scholars and seekers of knowledge to write books which can be used for preaching and teaching during Ramadaan; the books are divided into thirty parts, so one topic can be read each day, and this will benefit everyone.

18 – The parents should prevent their families and children from staying up late at night and wasting their time in things that are of no benefit, let alone things that are haraam. For the devils among mankind are more active in this month in promoting evil things and acts of immorality to those who are fasting, during the nights of Ramadaan and during the days.

19 – They should remember the family’s meeting in Allah’s Paradise in the Hereafter, and the great joy of meeting there under the shade of His throne. These blessed gatherings in this world and coming together to obey Allah by seeking knowledge, fasting and praying are only the means that lead to attaining that happiness.
Posted by tunku at 12:54:00 AM