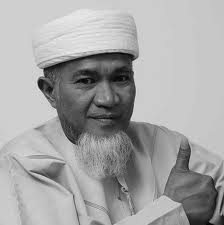 SHAH ALAM, Aug 20 (Bernama) -- The Sultan of Selangor reminded Muslims not to use mosques in the state as a political arena.
"Such use of mosques can cause disunity that is detrimental to the community and can also destroy the progress that Selangor has achieved," Sultan Sharafuddin Idris said when opening the Desa Subang Permai Mosque here Saturday.
He hoped the mosque committee could organise programmes to benefit all Muslims in the area regardless of age or status.
The mosque on 1.04 hectares was built at the end of 1997 at a cost of RM2 million.
The Sultan also urged corporations not to neglect their social responsibility of helping to raise the standard of living of the people.

tunku : only "satan" uses mosque for personal agenda or for their political views.latest in the list is ali setan. election is coming so he used this opportunity to get political party to engage him for their ceramahs. it's all about money.