HOW TO SPEND RAMADHAAN 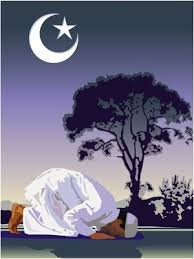 The month of Ramadhaan is the season of Divine Blessings. It is the month of purification and meant for annual renovation of the inner spiritual qualities. It is a golden opportunity for every Muslim to strengthen his Imaan, purify his heart and soul and remove the evil effects of the sins committed. This month invites a Muslim to minimise his mundane involvements and maximise the acts of worship. One should plan his schedule for this month beforehand, so as to spare maximum time for ‘ibaadah.

Below is a brief list of the acts which should be carried out in Ramadhaan with due care:

1. To offer every prayer with congregation in the Musjid.
2. To rise up a little earlier than the exact time of suhoor and to offer the Salaah of Tahajjud. There is no prescribed number of the Tahajjud prayer, yet, it is better to pray 8 rak’ats.
3. To offer the nafl (optional) prayers of Ishraaq (two rak’ats after sunrise), Dhuhaa (Four rak’ats which may be performed at anytime after Ishraaq before noon) and Awwaabeen (six rak’ats after Maghrib).
4. The recitation of the glorious Qur’aan. No specific limit is prescribed, but one should recite as much of it as he can.
5. To remember Allah frequently through different prophetic recitations, such as the following: Subhaana Allaah wa bihamdihi subhaana Allaahu al-Adheem, Laa hawla walaa quwwata illaa bi-llaahi al-aliyy al-adheem, subhaana Allaahu wa alhamdulillaah wa laa ilaaha illa Allaahu wa Allaahu Akbar, Astaghfiru-llaah lladhee laa ilaaha illaa huwa al-hayy al-qayyoom wa atoobu ilayhi, Allaahumma salli alaa muhammadin al-nabiyy al-ummiy wa-alaa aalihi wa-sallim tasleeman. Apart from reciting these phrases, one hundred times each, at a particular time, they may also be continued frequently throughout the day, even if one is engaged in some light work, when walking and when in bed.
6. Prayers and supplications (du’aa): No particular prayer is prescribed. One can pray for everything he needs both in this world and in the Hereafter. However, the supplications of the noble Prophet sallallahu alayhi wasallam are so comprehensive that they encompass all that a Muslim can need in his life and after his death. It is therefore, much advisable to pray to Allah Almighty in words used by our noble Prophet sallallahu alayhi wasallam. There are several books wherein these prophetic supplications have been compiled. Below are the names of two books which should be kept by every Muslim in his home and be used for praying daily: Al-Hisnul Haseen by Allaamah Al-Jazri and Munaajaat-e-Maqbool by Maulana Ashraf Ali Thaanvi
7. Giving Sadaqah (charity): Apart from paying Zakaat, which is obligatory, one should also spend optionally in Ramadhaan to the best of his ability. It is reported in authentic Ahaadeeth that the noble Prophet sallallahu alayhi wasallam used to pay special attention in Ramadhaan to look after the poor and help them financially. Therefore, a Muslim should give as much money in Sadaqah as he can afford.
Posted by tunku at 12:00:00 AM

Ramadan is the month of self purify. As a Muslim I appreciate Ramadan by obey its all condition perfectly. Now it’s the month of Ramadan, so your post can play a vital part for this month.