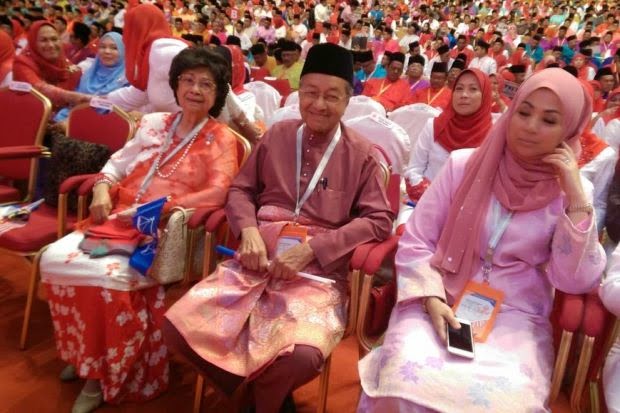 Tun Dr Mahathir Mohamad attended the ongoing Umno general assembly after talk that he would not be present due to health reasons.


The former party president and prime minister arrived at the Putra World Trade Centre with his wife Tun Dr Siti Hasmah Mohd Ali, both looking well, and were escorted to a front seat at Dewan Merdeka.

Dr Mahathir has been critical of the party, even saying in a blog posting that he would not be able to attend the assembly because of health reasons.

There were loud cheers when his presence was announced by Umno secretary general Datuk Seri Tengku Adnan Mansor.

Also present were representatives of Barisan Nasional component parties and political parties of other countries.

Themed 'United Malay,' the annual assembly is attended by over 2,700 members nationwide.