14 Gifts to Those Who Fast 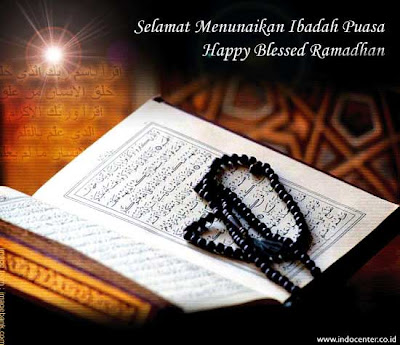 At this stage I cannot find a better gift or greater masterpiece than to present to those who fast gifts from the Prophet of guidance sallallahu `alaihi wa sallam. They are those practical hadiths that have been mentioned in connection with rewards and blessings. Behold! They are the hadiths that lead to the doors of happiness and the paths of goodness in this world and the Hereafter.
O you who fast! Record these hadiths and implement them:

1. The Prophet sallallahu `alaihi wa sallam said: "Whoever says at daybreak: 'There is no God save Allah alone, He has no partner, to Him belongs the dominion and the praise and He has power over all things;'... ten good deeds will be written for him, ten misdeeds will be erased, and he will be elevated ten levels. He will be protected from Satan until evening, and if he says it in the evening, he would have the same rewards until morning." (Ahmad, Abu Daud, Ibn Majah - sahih).

2. The Prophet sallallahu `alaihi wa sallam also said: "Whoever says in the morning or in the evening: 'O Allah! You are my Lord. There is no God beside You. You created me and I am Your slave and I have taken a covenant to You and promised You what I am able to do. I seek refuge with You from the evil of what I have done, I acknowledge Your favour upon me and I acknowledge my sin. Forgive me because none forgives sins except You.' If a servant died during the day or night after having said this prayer, he will enter Paradise." (Ahmad, Abu Daud, Al Nisa'e, Ibn Majah, Ibn Hibban, Al Hakim - sahih; Al Bukhari transmits another version of this hadith).

3. Again the Prophet sallallahu `alaihi wa sallam said: "Whoever says at morning or evening: 'Glory and praise be Allah the Great' one hundred times, no one will come forward on the Day of Judgement with better than he; except if someone said the same as him and added to it." (Muslim, Ahmad, Abu Daud, Al Tirmidhi).

4. "Whoever said: 'Glory and praise be to Allah the Great', a date tree will be planted for him in the Paradise." (Al Tirmidhi, Ibn Hibban, Al Hakim - sahih).

5. "Whoever says: "Glory and praise be to Allah" one hundred times in a single day his sins would be erased even if they were like the waves of the sea." (Bukhari and Muslim).

8. "Whoever says: 'I seek refuge with the perfect words of Allah from the evil that He created' three times in the evening will not be harmed by the bite of a serpent during that night." (Al Tirmidhi, Ibn Hibban, Al Hakim - sahih).

9. "Whoever says upon leaving his house: 'In the name of Allah, I trust in Allah, there is no movement and no power except with Allah', it would be said to him: 'You have been contented and you took precaution,' and Satan will turn away from him." (Al Tirmidhi, Abu Daud, Ibn Hibban, Ibn al Sunni - sahih).

10. "Whoever says when he hears the caller to prayer: 'And I bear witness that there is no God save Allah, He is alone and has no partner and I bear witness that Muhammad is His servant and messenger. I am pleased with Allah as Lord, Muhammad as Prophet and Islam as religion,' all his sins will be forgiven." (Muslim and the other five).

11. "Whoever recites the Surah al Ikhlas ten times, Allah will build for him a house in the Paradise." (Ahmad - sahih).

12. "Whoever recites the Surah al Kahf on a Friday, a light will be created for him until the next Friday." (Al Hakim and Al Bayhaqi - sahih).

13. "Whoever recites Aayat al-Kursi (the Verse of the Throne) after every compulsory prayer will not be forbidden entrance to Paradise." (Ibn Hibban and Al Nisa'e - sahih).

14. "Whoever recites Surah al Ikhlas it is as if he read one-third of the Quran." (Ahmad, Al Nisa'e, Al Tirmidhi - sahih).

This bouquet from Muhammad sallallahu `alaihi wa sallam we grant to all those who fast.
O Allah! Help us to remember You, thank You and worship You in the best way. Ameen.
Posted by tunku at 1:28:00 PM