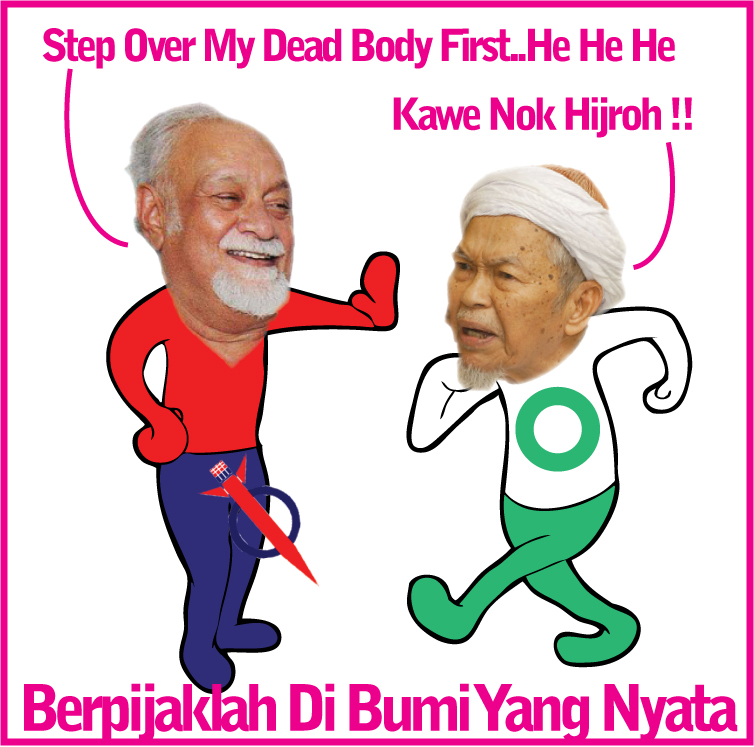 KOTA BAHARU, Sept 22 (Bernama) -- Kelantan Menteri Besar Datuk Nik Aziz Nik Mat said today it did not matter to him if the DAP wanted to quit the Pakatan coalition if PAS were to go ahead with its plans to implement hudud laws and turn Malaysia into a fully Islamic state, should it come into power.
"I am firm about this, implementing hudud laws has been talked about for some 50 years and is not something new. There has been endless dialogues on it.
"DAP had previously pulled out from the opposition pact Angakatan Perpaduan Ummah (APU) because of this (implementing hudud laws). If now they want to do the same (pull out from the Pakatan coalition because of hudud laws, that is their problem," he told reporters after attending a civic function at Pusat Tarbiyah Islamiah Kelantan (Putik) here Thursday.
Nik Aziz was commenting on the statement by DAP chairman Karpal Singh yesterday that the DAP rejected hudud laws and turning Malaysia into a fully Islamic state because this was against the Federal constitution.
The Pakatan coalition is made up of the DAP, PKR and PAS.
Under hudud laws, thieves hands are chopped off, adulterers will be stoned to death and murderers executed.

tunku : don't be surprised if dap supports hudud as pakatan knows that they have enough non malays vote and now they want to pull the supports from the malays.pas is playing this issue again as they know election is near and i'm sure the lim dynasty will support it except for karpal.now that nik aziz had challenged dap, let see what dap has to say about this matter.
Posted by tunku at 12:23:00 AM