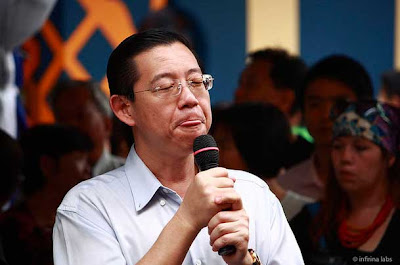 GEORGE TOWN, Aug 2 (Bernama) -- Penang Barisan Nasional (BN) wants the state government to reveal the facts and myths on low and low-medium cost houses constructed since 2008.
Its publicity bureau chief Tan Cheng Liang said the state government was diverting the Taman Manggis land sale issue and confusing the people.
She said Chief Minister Lim Guan Eng was avoiding to give explanation on the Taman Manggis land sale because he had made a blunder by saying the land was too small for housing development.
She said Penangites were still in doubt about the Taman Manggis land sale.
"He (Lim) must apologise. He has not answered the questions raised on the issue until today. As chief minister, you must be responsible for what you said. Be a responsible government and politician," she said, here, Thursday.
Barisan Nasional (BN) coordinators for the Batu Lancang, Sungai Puyu and Komtar state constituencies and Bayan Baru parliamentary seat today also joined hands to brush off Guan Eng's claim of BN not building low-cost houses when it was in power in Penang.
tunku : since when guan eng has got the guts to talk about truth. he will never and on top of that he will blame umno and bn for everything. he is not the gentlemen type that will apologize for his mistake. he will blame others as usual.
Posted by tunku at 12:00:00 AM