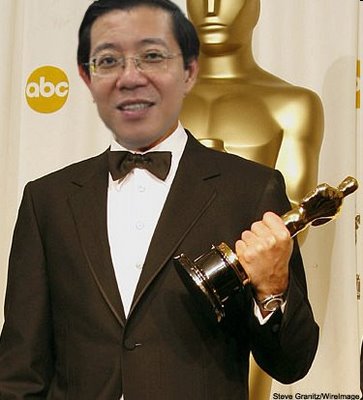 PETALING JAYA: MCA has delivered a stinging rebuke towards Penang Chief Minister Lim Guan Eng over his intolerance towards unfavourable media coverage.
Central committee member Loh Seng Kok said Lim is “absolutely uncompromising” towards any criticism or unfavourable news from the media.
He said this was proven by Lim's actions in barring certain media from covering his functions but at the same time, turning a blind eye over verbal and online abuses by DAP members and cybertroopers towards the media.
“The phrase press freedom' is an irony coming from his mouth,” he said in a statement on Saturday.
Loh said that before The Star described Lim as a street fighter' and his strained relationship with the Chinese press, Lim had already formed an opinion that the media was out to slander him and that any news reports on him were lies.
“But his arguments on these were weak. In the end, Lim's statement had insulted reporters by underestimating their knowledge and intelligence,” he said.
Loh said Lim's inability to accept criticisms and his rudeness were not conducive to press freedom.
“What is more shameful is that he continues to claim that he has good relationships with the Chinese press, but on the other hand he does nothing to stop DAP members such as Hew Kuan Yau from insulting and criticising reporters, creating a culture of hatred and violence,” he said.

tunku : for dap what freedom means is they can say whatever they want to anyone but other people can't say anything to them. they can critic other people but no one can critic them. they are just "untouchable".this is dap way of freedom. they walk the crap.
Posted by tunku at 12:05:00 AM