Najib Promises To Be A Prime Minister For All Malaysians 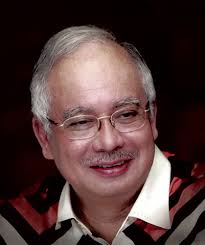 Datuk Seri Najib Tun Razak today promised to be a Prime Minister for all Malaysians, regardless of race, religion, state or political views.

"I love my country and I'm proud of how far we have progressed. And I know that by working together as one nation, our best days are still to come," he said in the latest entry on his blog, www.1Malaysia.com.my.

In the entry titled 'Thank You', the prime minister also promised that the Barisan Nasional (BN) government would make efforts to ensure any form of extremism and racism, which are unhealthy for Malaysia, would be tackled.

"We will also continue to promote moderation among multiracial Malaysians and place great importance on racial harmony and national unity," he said.

Najib, who is also BN chairman, also thanked the voters and all quarters who placed their trust in the BN government to continue ruling the country.

In the 13th general election last Sunday, BN retained power by securing a simple majority of 133 parliamentary seats (out of 222 seats).

Najib said he had had the privilege of serving the people for most of his career.

"Over the last few years I have had the privilege of serving our country as Prime Minister, but the biggest privilege of all is that you have now given me the chance to finish what I have started," he said.

Najib also admitted that the 13th general election was a long and hard-fought election.

"There have been a lot of strong views and different ideas over the last few weeks. There has been passion, and sometimes even anger.

"We have just been through the biggest, most competitive exercise in democracy our country has ever seen. In every kampung, town and city, people have been debating, campaigning, and voting for the future of our nation," he said, adding that now was the time to move towards national reconciliation.
Posted by tunku at 2:00:00 AM