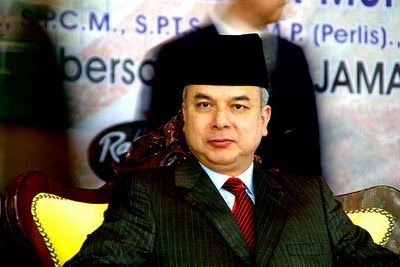 IPOH, April 3 (Bernama) - The Regent of Perak, Raja Dr Nazrin Shah has reminded the people not to cross the religion boundary as it can spark the country's worst tragedy.
"Don't lit religious fire as it can burn you up and destroy the state," he said when opening the State Assembly session at Bangunan Perak Darul Ridzuan here Tuesday.
He said of late, non-Muslims have crossed religion boundary by challenging Islamic matters via statements that made fun of Islamic laws and the faith of Muslims.
tunku : lately we have seen not even the non muslims but the muslims are making fun of islamic laws just to get votes. for them religion become second after politics. in the constitution there is clearly stated, non muslims can't preach the muslims and should respect all it's laws but it has been ignored. the government should act tough on these people. do not compromised on this matter as it can burn and destroy everything later.
Posted by tunku at 9:45:00 PM