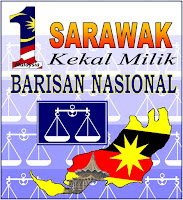 The Sarawak Barisan Nasional (BN) backbenchers will continue to assist its colleagues from the Sarawak United People's Party (SUPP), especially in preparation for the next state election, its BN Backbenchers Club chairman Abdullah Saidol said Tuesday.

Abdullah, who is also the chief political secretary to the Chief Minister, said the BN assemblymen would focus on Sarawak's racial harmony among its 40 different ethnic groups, which had become the crux of its development and progress so that no particular community was sidelined by the government.

The term of the 71-member Sarawak legislative assembly, which expires in 2016, will convene from Monday until May 29.

On the just-concluded 13th General Election, which saw Sarawak BN win 25 out of 31 parliamentary seats but lost in six SUPP seats, he said, the state BN would have to work harder in future to wrest back the urban seats of Bandar Kuching, Miri, Sibu, Sarikei, Stampin and Lanang.

Abdullah said, however, the backbenchers did not condone the action initiated by the opposition to hold illegal gatherings as protest to the pollS outcome or get carried away by what was happening in the Peninsular that could bring about suspicion among the various races in Sarawak.

He was convinced that the state's Chinese community had not rejected the BN totally as there were also some Bumiputeras who supported the opposition as indicated by the May 5 election results.

Given that Sarawak members of parliament had performed well, he hoped that the federal government would consider appointing them to the various ministeria portfolios as full or deputy ministers, especially those related to rural development. He also advised certain quarters, who were unhappy with election irregularities to use the right channel by submitting their election petition in court within the stipulated period.
Posted by tunku at 3:00:00 AM