Members of panel to probe rally allegations to be known next week, says Hisham 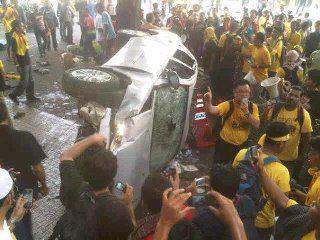 KOTA BARU: The names of the independent panel to probe allegations of violence during the Bersih 3.0 rally will be known next week, said Home Minister Datuk Seri Hishammuddin Tun Hussein.
He said the panel will investigate all claims of violence to ensure that everyone's right is protected and justice will prevail.
"There have been many baseless allegations of violence especially towards the police and we want to find out the truth.
"To those who had protested in the rally, we will not compromised.
"We will take action against those who had breached the country's law,” he told reporters at the launch of Rural Transformation Centre (RTC) here.
Hishammuddin said it was important for the public to know the real situation during the rally.
"We have identified those involved and we are working with the Attorney-General," he said, adding that investigations are still ongoing.