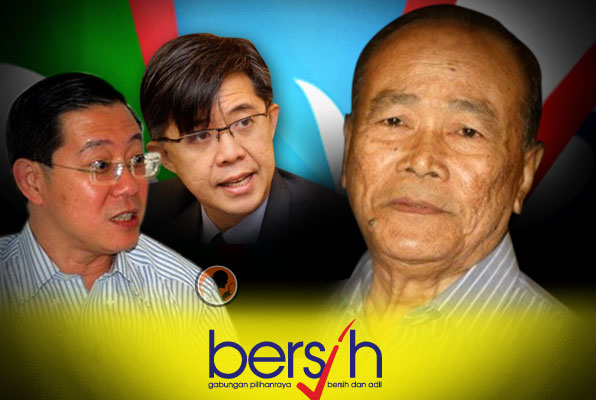 KUALA LUMPUR: DAP vice-president Tunku Abdul Aziz Tunku Ibrahim has confirmed that his term as senator will not be renewed.
"Yes, it's true, it is just a small sacrifice" he told reporters at the Dewan Negara here Wednesday, during a farewell gathering for senators whose term will be expiring.
Tunku Abdul Aziz was made a senator in 2009 and his term expires on May 30.
Earlier, sources said the DAP vice-president's senatorship was unlikely to be renewed.
The same fate also awaits current PKR state election director Mustafa Kamal Mohd Yusoff.
Both men were nominated for the senatorship by the state government.
Tunku Abdul Aziz made headlines when he objected to the Bersih 3.0 rally in Kuala Lumpur on April 28 although DAP had openly supported the gathering.
Chief Minister Lim Guan Eng is expected to table a motion at the state assembly sitting today to nominate academician Ariffin Omar and former Malaysian Trades Union Congress (MTUC) chief Syed Shahir Syed Mohamud to replace the duo.
tunku : dap stands for democratic action party but they don't practice democracy. they say something else, they will act the other way round. shame on this people.in opposition party, you can't speak against the party or its leaders, once you do that, your days are numbered.
Posted by tunku at 4:46:00 PM