It has been a long while since Wisma Bapa was full of members from the media.

And today, the state's administrative headquarters was teeming with reporters as the Federal Cabinet meeting gets underway.

This is the first time that the Cabinet meeting is held outside the Federal capital since 2009 when it was held in Kuantan, Pahang.

The ministers were seen arriving at 8am and the pressmen were eagerly waiting at the lobby.

Sarawak Chief Minister Tan Sri Adenan Satem arrived about 9am. He waited for Prime Minister Datuk Seri Najib Tun Razak who arrived some 20 minutes later and walked with him to Wisma Bapa's 21st floor where the meeting was held. 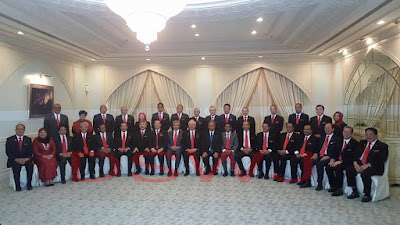